Yesterday was my birthday!  Whoo hoo!!  I had the day off work and was pretty lazy for most of the day.  My mom, brother, and I had a little gift opening party and then went to dinner.  My brother went on home while my mom and I went to Target so I could look for cheap school supplies and other Crayola type things for the kids at the preschool.  I then went home and watched Thundercats.  And that my friends is how a 32 year old celebrates their birthday on a Friday night…or at least how this one does it.

Since I last wrote, summer school started and ended.  I’ve never taken classes in the summer and I never want to again.  It blows.  Summer is supposed to be a time of relaxation and freedom.  It was never intended to be a time of research methods and child development.  But it’s done now and I got a two week break before starting up again for fall.  I did get some good news yesterday regarding my practicum.  The university is allowing the preschool where I work to serve as my practicum site so I now don’t have to be placed in a school somewhere in the district which means no scheduling hassels, worrying I won’t get my hours, and I get paid.  Getting them to accept it has been a little bit of a problem so I was ecstatic they finally agreed.

During those two weeks I had off, I went on a little road trip with a friend of mine from Utah.  She flew down here to Arkansas and we decided to drive to Mississippi to the Gulf Shores.  We didn’t really plan this very well so when we got there it wasn’t at all what we thought it was going to be.  Nevermind that we really weren’t in the right place which we didn’t discover until a few days later.  Instead we went on to Gulf Shores, Alabama which is a tourist spot.  If you have kids this is a great place for you.  I don’t have kids and neither does she so we went on to Pensacoloa, Florida.

This was perfect!  We got there late afternoon and drove right to a beach and just layed there.  I loved it.  In the morning we got up to see the sun rise which was kind of nice I guess and I was planning on another day of laying at the beach.  We didn’t do that though.  Instead we went to the national park and walked around on some trails.  We decided to go ahead and make our way back to Mississippi after we got some information on where we were supposed to go.  The second time around was a little better.  We had dinner at a place called The Shed which we had both seen hightlighted on different food shows.  It’s a BBQ/Blues joint and if you are ever in Ocean Springs, MS you need to eat there.  Definitely two thumbs up.  It looks like a crappy hole in the wall place but it’s SO GOOD.

Anyway, here are some pics from the trip: 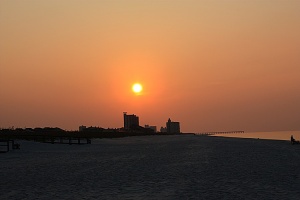 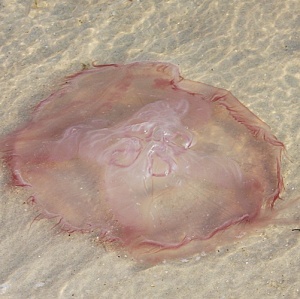